On Tuesday, August 15, President Donald Trump held an astounding press conference at Trump Towers in New York City. While the event was ostensibly organized to announce plans to speed and streamline infrastructure construction, the question-and-answer portion quickly took a sharp turn. Pushed by reporters to comment on a white nationalist rally that had taken place two days earlier in Charlottesville, Virginia, the president reiterated his earlier statement that both sides were to blame for the racially-charged march and its consequences. 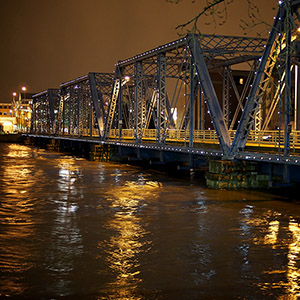 After the abrupt end to the press event, media outlets began dissecting what had just unfolded on Fifth Avenue. While his initial, mostly scripted, remarks were focused on a new executive order designed to “dramatically reform” the nation’s infrastructure permitting process, the analysis that followed scrutinized the president’s impromptu answers to questions regarding the ongoing fallout from the terror in Charlottesville.

Charlottesville, like so many other tragic moments, ripped open a never-healed racial wound and reignited important debates about our national history, culture, race relations, and the ongoing disenfranchisement of millions of Americans.

It is easy to understand why the president’s words regarding Charlottesville and his refusal to offer a full-throated condemnation of neo-Nazis and other racist hate groups stunned observers and largely overshadowed his actions on infrastructure. This also begs the question: What do permitting processes for future building projects and protests against racial injustices have to do with one another, anyway?

To my mind, everything.

You see, I believe the two greatest threats facing humanity today are climate change and rising social and economic inequality.

The primary symptoms of a sick planet are evidenced by environmental extremes. Flooding, always a threat, has become a serious recurring illness. In fact, experts estimate that flooding is now involved in 90 percent of all natural disasters in the United States. Heat waves, drought, wildfires, hurricanes, and other climate events are the natural agents that, in concert with our human actions, drive mounting disaster losses.

Although we are all at increased risk to climate change, socially disadvantaged people are more so. In highly unequal societies like the United States, a small portion of the population has ample access to valued goods and resources, while a large number simply do not.

For instance, consider the following:

This list could go on and on. The point is, we live in a society still marred by our history and marked by unequal opportunity, and most scholars agree that the gaps that divide us are growing at unprecedented rates.

So let me raise the question again: What do infrastructure permitting processes and the fight for justice and equality have to do with one another?

President Trump’s most recent executive order negates the federal Flood Risk Management Standard—an Obama-era order on infrastructure projects that was designed to enhance climate resilience in flood-prone areas across the United States. That means that in the future, roads and bridges may be built “very, very quickly,” as the current president promised on Tuesday. But they will not be built to the standards that scientists, engineers, and insurance experts agree is necessary to protect people and property from an increasingly turbulent environment.

And who are the people who will be most at risk when homes and schools are built in floodplains and ultimately inundated? When bridges fail? When dams collapse?

For decades, social science researchers have clearly demonstrated that the majority of those who live in the most vulnerable places are also the most vulnerable people. The poor, racial and ethnic minorities, the elderly, children, and persons with disabilities are the ones who are more likely to reside in shoddily constructed homes located in low-lying areas. They are the ones without access to air conditioning on excruciatingly hot days. They are the ones less likely to own cars and other forms of transportation that would allow them to escape when ordered to evacuate.

They are the ones who will continue to have the most difficult time taking recommended preparedness actions. They will suffer the most severe consequences of extreme events. And they will have the hardest time recovering.

Thus, as our hazards and disaster research community and community of practice continues to think about how we can promote individual and community resilience, we must continually ask ourselves how we can also advance social and economic justice.

This is what a just resilience is all about.

A just resilience focuses considerations of social justice, structural racism, equity, and opportunity for all. It recognizes that we will never be truly resilient if large swaths of our population are demonized and marginalized. It also takes into account past injuries with an eye toward future reconciliation.

Permitting processes for roads and bridges are not trivial, nor are they boring. Crucial decisions are being made right now that will have real and lasting consequences for not only the future viability of our physical infrastructure, but also for the viability of the social fabric of this nation.

When we include diverse voices, when we recognize that we are all accountable for thinking about justice and equality if we are to achieve the great vision and promise of this nation, we will not only begin to build stronger infrastructure, we will also build stronger communities.

Let us not forget this, and let us work together to ensure that our tomorrows are brighter and better than our yesterdays. Let us make decisions and enact policies that translate into a more just and sustainable future for generations yet to come. This will only happen when we are all engaged in the process of creating a culture of sustainable hazards mitigation and disaster resilience.