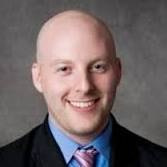 Ben Smilowitz witnessed the bungled Hurricane Katrina response while managing a high-volume Red Cross client service center in Gulfport, Mississippi. Soon after, Smilowitz launched the Disaster Accountability Project (DAP), an independent watchdog, to confront the root causes of the failed Katrina response and maximize the impact of billions of dollars of disaster relief and humanitarian aid.

DAP has advocated successfully for the release of millions of dollars of disaster relief and recovery funds after Superstorm Sandy, investigated deficiencies in emergency planning surrounding 19 commercial U.S. nuclear power plants, and improved the transparency of nearly 2 billion dollars of disaster relief donations after disasters in the United States, Haiti, and Nepal.

Under Smilowitz's leadership, DAP’s reports, advocacy and op-eds have been covered by global news media including the The Washington Post, Wall Street Journal, and CNN. Over the last 10 years, Smilowitz has recruited and managed hundreds of amazing volunteers around the world.

With a background in youth civic engagement and issue advocacy, Smilowitz wrote successful legislation in Connecticut and created a youth cabinet in Missouri. Smilowitz studied political science and nonprofit management at Washington University in St. Louis and has a law degree from the University of Connecticut School of Law. He is now a member of the Maryland bar and an Echoing Green Fellow.