The National Science Foundation INCLUDES-supported Minority Scholars from Under-Represented Groups in Engineering and Social Sciences (SURGE) program completed its second Boots-on-the-Ground Disaster Reconnaissance Mission in the U.S. Virgin Islands from June 19-25, 2019. This adventure built upon and expanded the groundwork that the group laid during its inaugural field mission and highlighted the tremendous potential of community-engaged research and service learning.

The devastating 2017 Hurricane season caused widespread damage and social disruption throughout the Caribbean, including the U. S. Virgin Islands. In the summer of 2018, SURGE took 10 students to the island of St. Thomas to engage with members of the community; learn about the hurricane impacts on human, natural, and built environments; and devise plans for how to put the student skills to work in support of local disaster recovery efforts. They also surveyed damage on the island of St. John.

As a result of those activities, the group forged partnerships with local researchers and the St. Thomas Recovery Team (STRT) with the intention of expanding their activities this summer. Since their first excursion, the SURGE group has expanded to incorporate a second cohort. A total of 17 students traveled to the islands this time, spreading their talents over a total of five teams on-site and a virtual team that worked remotely from the mainland. 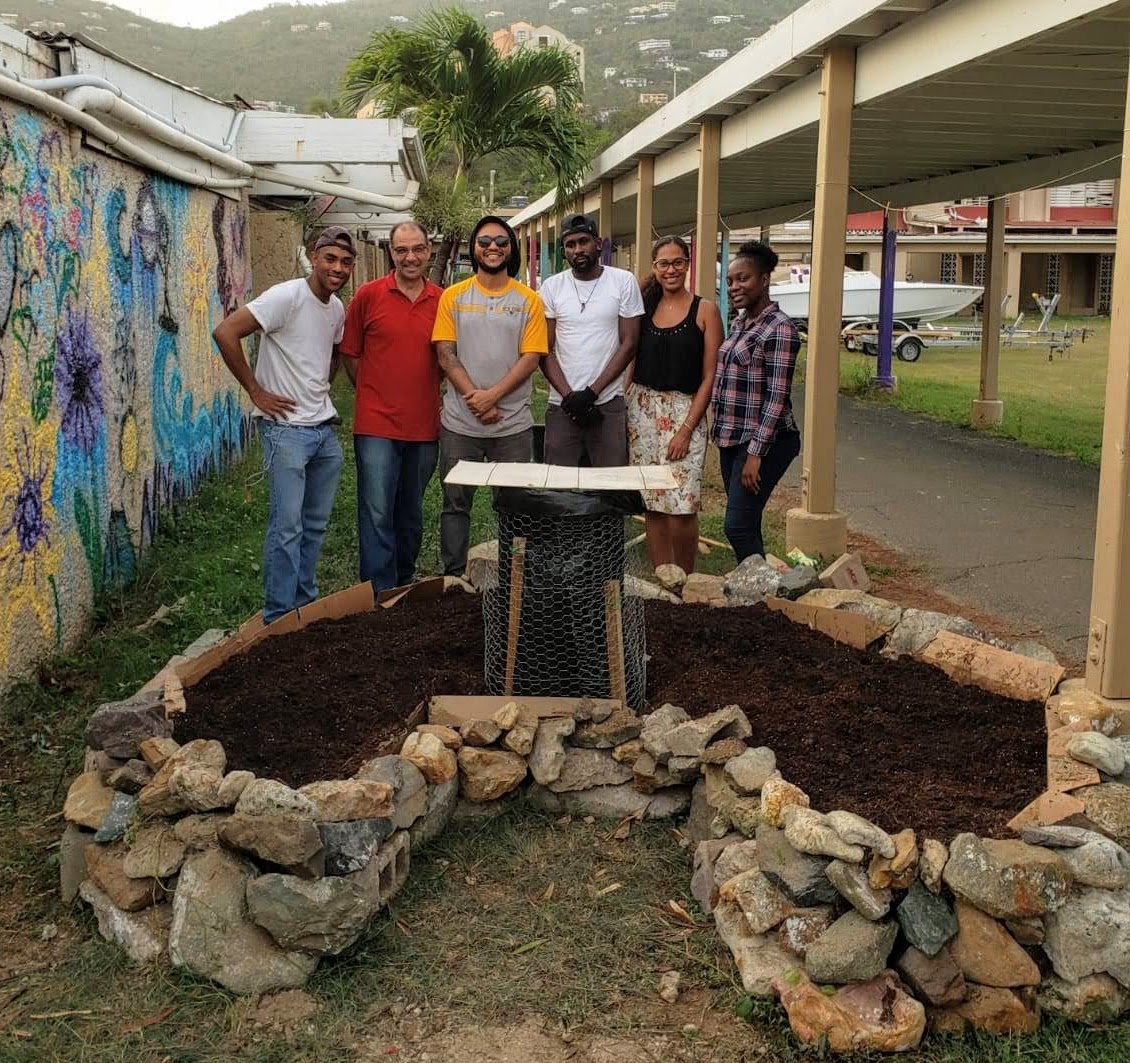 SURGE scholars took on a range of activities, including helping to rebuild hurricane-damaged structures with the group All Hands and Hearts; using drones to map drainage structures with local researchers; helping to design and obtain stakeholder feedback on a survey of community preparedness and recovery; and mapping grocery stores to identify food deserts. Projects were conducted in both St. Thomas and St. John. Additionally, one team worked with members of STRT to build prototypes of home and community gardens as part of a food security project that had evolved in large part from the collaboration initiated the previous summer. Each of these activities supported local efforts to strengthen disaster planning and community resilience.

SURGE scholars also sought to learn about the cultures of Virgin Islands communities. A special event arranged by the Virgin Islands Council on the Arts included live performances by local musicians, dancers, singers, and poets; all surrounded by paintings and other visual media by local artists. This event provided the scholars with an opportunity to meet and converse with the artists and deepen their understanding of the island’s history and collective identity. 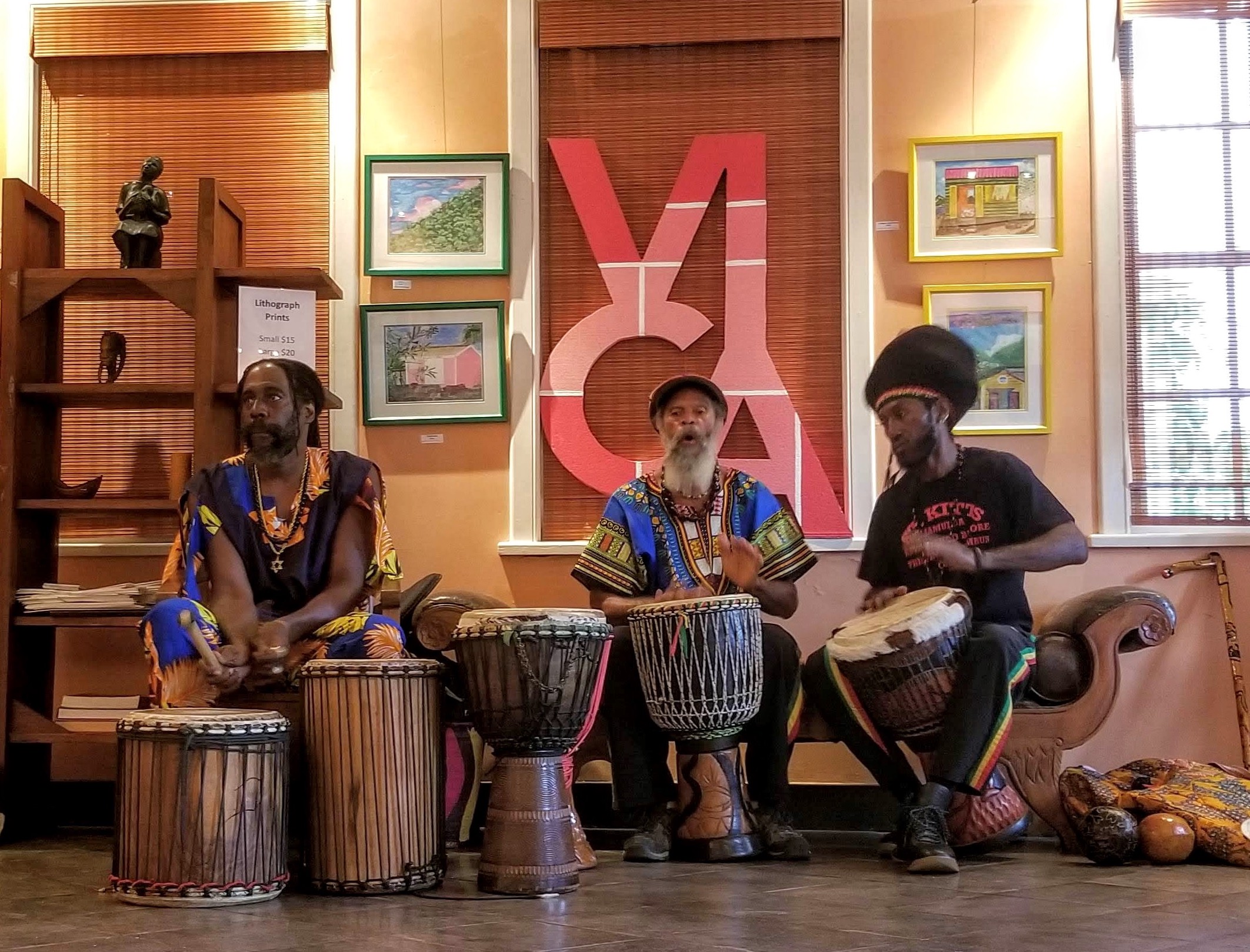 The students concluded the trip by collectively reflecting on their experience and identifying lessons learned. They presented these insights in a poster at the Natural Hazards Research and Applications Workshop on July 15 in Broomfield, Colorado.

The SURGE program is a partnership between investigators at the University at Albany, Bucknell University, Virginia Commonwealth University, and the Natural Hazards Center at the University of Colorado Boulder, and is funded by the National Science Foundation’s Inclusion across the Nation of Communities of Learners of Underrepresented Discoverers in Engineering and Science (NSF INCLUDES) initiative.

DeeDee Bennett of the University of Albany is the principal investigator for this project. She is joined by Terri Norton at Bucknell University and Hans Louis-Charles at Virginia Commonwealth University, who serve as co-principal investigators. Here at the Natural Hazards Center, Lori Peek also serves as a co-principal investigator, along with Nnenia Campbell who is the internal evaluator for SURGE, monitoring the program’s implementation, surveying participants about their experiences, and relaying key findings to the leadership team. Bennett, Norton, Louis-Charles, Campbell, and external evaluator Jenniffer Santos-Hernandez of the University of Puerto Rico–Río Piedras, led the student teams during the 2019 Boots-on-the-Ground Disaster Reconnaissance Mission.

The two cohorts of SURGE have included an interdisciplinary group of 21 exceptionally talented master’s and doctoral students, all members of underrepresented racial and ethnic groups within the hazards and disaster field, who were selected through a competitive application process. To learn more about the SURGE project and keep track of ongoing developments, visit www.surgedisasters.com.