All Creatures Great and Small

By: Kirrilly Thompson and Danielle Every 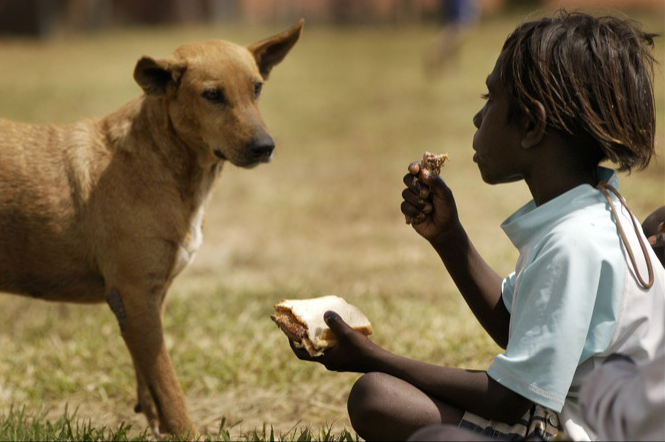 HUMANS FORM strong attachments to their pets and other animals. So much so, that they are willing to risk their own lives to save those of animals. This is especially true during natural disasters (Heath, Voeks, and Glickman 2001; Heath et al. 2001). There are myriad examples where people have jumped into raging floodwaters to save their dog, cow, or horse from drowning, or refused to evacuate if it meant leaving their beloved cat behind. Because of this willingness to risk one’s life, disaster researchers tend to characterize pet and animal ownership as a risk factor for human survival. While this characterization is fair, we argue that animal ownership and animal activities could also provide successful avenues for disseminating natural hazard information and engaging people, especially the vulnerable, in strategies designed to increase disaster resilience.

Animals in the lives of vulnerable people

Many who work in the disaster field know that resilience is not evenly distributed across the community, leaving some groups more vulnerable than others. The Australian National Strategy for Disaster Resilience (Council of Australian Governments 2011), for example, warns that the level of exposure to hazard risk, understanding of risk, and ability to respond and recover from hazards vary across the board. Poverty, remoteness, mobility, age, and speaking English as a second language are all factors that play a role in an individual’s vulnerability to hazards.

In Australia five groups are commonly described as ‘vulnerable’: Indigenous Australians, culturally and linguistically diverse communities (CALD), children and youth, the elderly, and people with disabilities (Standing Council on Police and Emergency Management 2013). Two other groups also deserve consideration: the homeless and people experiencing mental health issues. Engaging these vulnerable groups in hazard resilience is no easy task. Difficulties range from access to relevant information using language and visuals that resonate with different groups, to people’s motivation to prepare. For many vulnerable people, natural disasters are a potentially distant future threat, much less concrete and urgent than the immediate financial, social and psychological crises that they face on a daily basis. There is a need to explore different approaches to engaging all people in disaster-resilience strategies that overcome these barriers and inequalities. Capitalizing on people’s desire to save pets and animals is one such approach.

Pets and animals are important to vulnerable people for practical and personal reasons. For indigenous communities, animals are integral to people’s cultural and spiritual practices (Constable et al. 2010). For children and for elderly people pets are best friends, confidantes, and sources of comfort and protection (Kaminski et al. 2002; Enders-Slegers 2000). They may also serve as practical aides for people with autism, physical and psychological disabilities (e.g. as a seeing eye dog). And socially, pets help people feel less isolated and increase their sense of connectedness and meaningfulness (Winefield et al., 2008). Disability-assistance animals reduce tension, anxiety and depression and improve social involvement and independence (Lane et al. 1998; Kwong & Bartholomew, 2011). For the homeless, companion animals reduce loneliness and improve physical and mental health, as well as self-esteem (Irvine 2013a & b).

Animals and vulnerable populations in a disaster context

Pets and animals impact the emergency behavior and disaster resilience of those vulnerable people who own or care for them, particularly around evacuation behavior. Vulnerable people rely heavily on evacuation shelters during a disaster. For example, a case study of a flood in Australia (Every 2016) found that evacuation shelters were almost exclusively used by people sleeping rough, people living in precarious accommodations like caravan parks, people in elderly care facilities, and people suffering from mental illness and disability. Locating, transporting and housing pets for evacuation was a source of great anxiety because people who couldn’t afford harnesses and carrier containers couldn’t take their pets with them and were forced to leave them behind. Others were supported by the Royal Society for the Prevention of Cruelty to Animals (RSPCA) who housed their pets for the duration of the disaster. Being separated from loved animals was a source of deep angst and sorrow for months after the flooding (Every 2016), further compounding the trauma of the event.

Because of the many benefits that animals have offered to people in disasters, particularly vulnerable populations, animals should be incorporated into hazard management and emergency planning in all regions. People’s relationships with their pets, and the animal-related networks and activities among pet owner are underexplored devices for disseminating disaster information and engaging people in disaster preparedness. We now explore what this might look like. 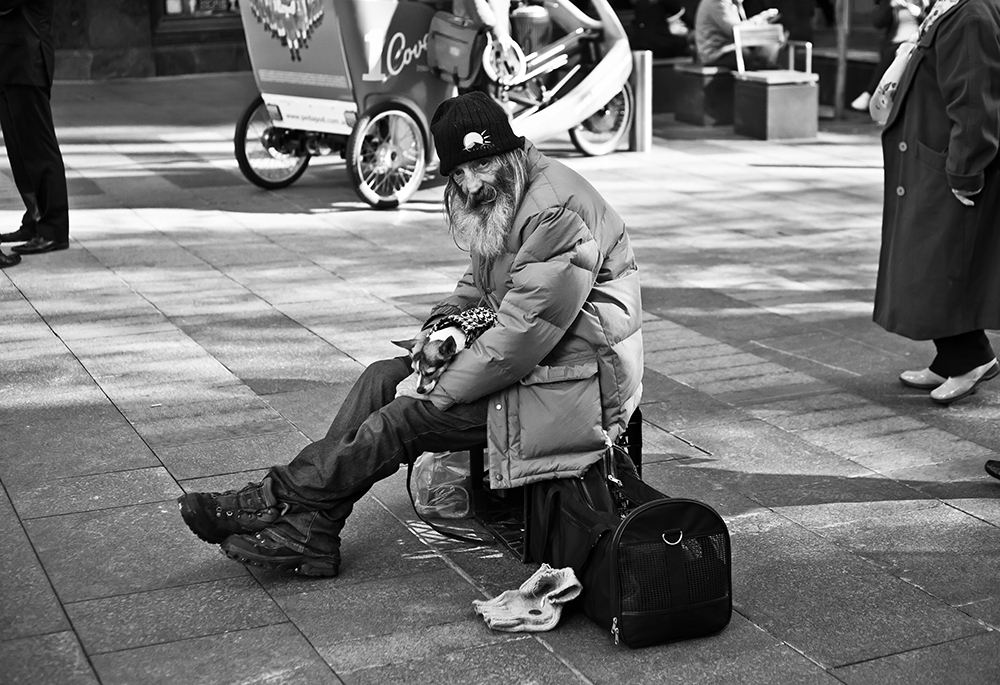 Material designed to build disaster resilience could be distributed to vulnerable people who have pets through animal-related activities and networks. These might include assistance-animal organizations, such as Assistance Dogs Australia, equine therapy groups, and programs that provide pet health clinics and free veterinary services for people experiencing homelessness. These kinds of organisations could reach audiences who may otherwise not be exposed to disaster-resilience information. The programs may also provide a non-threatening environment and be seen as trustworthy sources of information for vulnerable people who may be suspicious of assistance.

Using the point of contact with people’s existing animal networks allows for information to be delivered visually, face-to-face, in settings where people feel comfortable. This is especially important for people who are fearful or anxious, who have had bad experiences with authorities, or who simply may prefer visual or verbal communication.

Animals could improve motivation for vulnerable people to prepare and act.

People who are more vulnerable to disaster risk are most often using all of their physical, psychological and financial resources to face daily challenges. Natural-disaster preparedness, understandably, is not people’s first priority. However, one way to help people to understand the importance of preparedness for themselves is to help them see how important it is for their animals to be prepared. Communicating the potential consequences of natural disasters on animals, together with information on how to easily reduce risk, could be an effective motivator for people to become more prepared.

Animals could facilitate the provision of material support to help people prepare.

Distributing free leads and carrier cases, providing free micro-chipping and vaccination services, for example, can help people explain how these things can improve natural-disaster preparedness. Agencies such as the World Society for the Protection of Animals and the RSPCA would make ideal points of contact for also talking to people about where they could take their animals during an emergency, and how organizations can help house pets.

Vulnerable people often face additional challenges during recovery from a hazard, due to their social and cultural isolation, mental health, developmental stresses (in the case of children) and age-related conditions. Pets and other animals provide assistance for these challenges in daily life and so could be even more important following a disaster or emergency. Therefore, helping to keep people and their animals together is an important part of post-disaster recovery.

Animal attachment and animal-related activities and networks could be useful conduits for successfully engaging vulnerable people, communicating resilience-building information to vulnerable people, motivating them to make disaster preparations, providing material support and facilitating recovery. Existing points of contact in animal-related networks, such as vet clinics or assistance animal organizations, can be used as a trusted place to distribute disaster-resilience information. Providing material supports which can help people manage and transport animals, even simple supports like a collar and lead, can also be a way to introduce disaster-resilience information. However, one significant limitation of these kinds of immediate supports is that they do not address the wider political and social barriers to responding safely to disasters as a pet owner. As noted, although evacuation shelters are invaluable for the safety and security of vulnerable people, many of them do not accommodate pets. Changing the design and capacity of emergency shelters to allow people and their pets to remain together would be an important way to improve the experience of vulnerable pet owners. Pet ownership can be a life saver in a policy and planning environment where pet owners receive support to care for their pets at all stages of the disaster cycle,

This paper is an abridged and adapted version of a paper published elsewhere (Thompson K, Every D, Rainbird S, Cornell V, Smith, B and Trigg, J. ‘No Pet or Their Person Left Behind: Increasing the Disaster Resilience of Vulnerable Groups through Animal Attachment, Activities and Networks’. Animals 2014; 4:214-240). The authors of this paper would like to give special thanks to Victoria Cornell, Bradley Smith and Joshua Trigg for their thorough feedback on this paper. The World Society for the Protection of Animals (now known as World Animal Protection) commissioned the original research. We extend special thanks to Jacqueline Mills, Senior Advisor, Corporate Engagement, Asia Pacific, World Society for the Protection of Animals for her trust, support and expert advice.