Resources for Understanding Matthew and Other Extreme Coastal Events 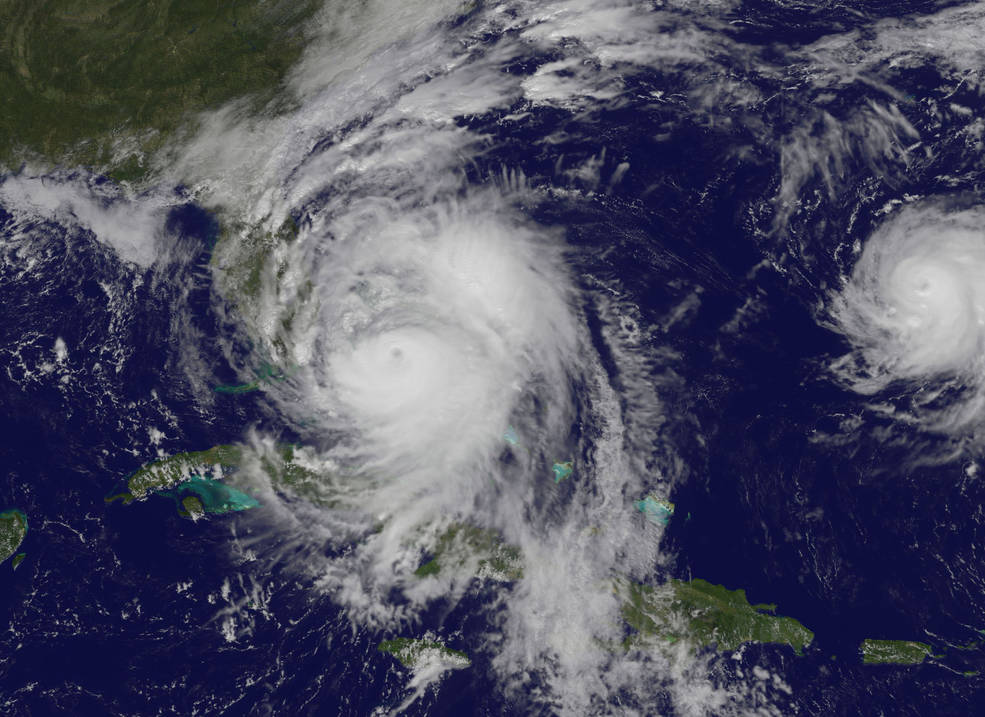 As Hurricane Matthew continues to wreak damage in the Carribean and heads for the United States, we've gathered some resources that can be helpful to those seeking further information on hurricanes and other extreme coastal weather events. We'll update often so please check back.

Websites and Reports | From Our Library | News and News Releases

NASA Hurricanes and Tropical Storms
You'll find a wealth of NASA's diverse hurricane research here, including Matthew specific sattelite images, videos, and what a collision with Tropical Storm Nicole might look like.

Seasonal Hurricane Prediction
This site takes the power of the Tropical Meteorology Project and joins it with similar projects for an even more comprehensive look at historical and predicted hurricane activity.

USGS Flood Inundation Mapping Tool
This tool shows where flooding may occur over a range of water levels in a community and includes real-time streamflow data, flood forecasts, and potential loss estimates.

Ready.gov Hurricanes
This collection of hurricane resources covers every aspect of an event, including handy lists of things to think about when a storm is 6-36 hours away.

Pedestrian Evacuation Analyst
The Pedestrian Evacuation Analyst is an ArcGIS extension that will estimate how long it would take to move out of hazard zones on foot, taking elements such as ground cover, elevation, and time of day into account. The site includes a handy workflow for those analyzing pedestrian evacuation movements. More information can be found in this USGS report on the software’s potential.

The Role of Transit in Emergency Evacuation
This Transportation Research Board special report provides a look back at transit providers and emergency evacuation plans. Recommendations for partnering with transit organizations in emergency planning and an addendum detailing transit’s role in 33 urban-area plans are included.

Lessons Learned from Hurricane Katrina: How to Maintain Operations during a Regional Disaster. Sunguard Availability Services. 2006.

Matthew Heads Toward the United States

How to Move 2 Million People Out of Hurricane Matthew’s Way
Wired, October 6.

Hurricane Matthew's loop back to Florida would be 'unprecedented'
USA Today, October 6.

The Situation in Haiti Is Dire After Matthew. It’s Going to Get Worse
Slate, October 5.

Why is Haiti vulnerable to natural hazards and disasters?
The Guardian, October 4.

Haiti Could Be Dealing with Matthew’s Impacts for Years to Come
WXShift, October 4.

The Whitehouse's Hurricane Matthew: What You Need to Know
October 6, 2016.