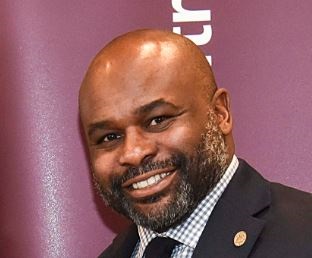 John Cooper is the assistant vice president for public partnership and outreach at Texas A&M University (A&M) and president of the Texas Rural Leadership Program. He previously served as a professor of the practice in landscape architecture and urban planning at A&M, where his work focused on helping future planners understand principles related to the design of collaborative planning programs.

Before returning to A&M, Cooper was a program director at Manpower Development Corp (MDC), a nationally respected community development nonprofit based in Durham, North Carolina. Cooper began his career at MDC as deputy director of the Program for the Rural Carolinas, a four-year project funded by the Duke Endowment ($11.7 million) focused on developing solutions to help 22 communities across North Carolina and South Carolina increase local employment, income, and wealth, and build the leadership assets and structures necessary for long-term economic renewal.

Cooper also managed the Emergency Preparedness Demonstration, a five-year project funded by the Federal Emergency Management Agency (FEMA) ($2.5 million) focused on increasing disaster awareness and preparedness in disadvantaged communities in eight states plus the District of Columbia, as well as MDC’s contributions to the Rural People Rural Policy (RPRP) project. The RPRP was a three-year effort funded by the W. K. Kellogg Foundation ($7 million) to teach policy framing and advocacy skills to nonprofits working to build public support for policies that benefit rural children and families in the Foundation’s targeted national geographic regions. Cooper has served as a mitigation planner and coordinator of the hazard mitigation grant program with the North Carolina Division of Emergency Management.

Cooper serves on a number of other boards including the U.S Endowment for Forestry and Communities, the Bill Anderson Fund, and the Coastal Hazards Center at the University of North Carolina, Chapel Hill, which is one of the Department of Homeland Security’s Centers of Excellence. Cooper is often called on as an adviser for disaster grantmakers and currently serves on an advisory panel for the Center for Disaster Philanthropy’s Hurricane Harvey Fund. He is also a founding member of the Rural Innovators Learning Group, a diverse national group of approximately fifteen practitioners, intermediaries, and others who have been deeply involved in implementing or advancing rural community and economic development through leadership, learning, and dissemination of promising development strategies. Cooper also helped draft the ReadyCommunity program in partnership with the Southern Rural Development Center and coached a pilot team in Marion County after the 2011 wildfire.