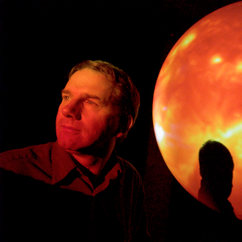 Bill Murtagh currently serves in the White House Office of Science and Technology Policy as the assistant director for Space Weather, Energy, and Environment Division. In his position at OSTP he is overseeing the development and implementation of a national strategy on space weather. Murtagh is on detail from the National Oceanic and Atmospheric Administration where he is the program coordinator for the NOAA Space Weather Prediction Center in Boulder, Colorado.

Murtagh is NOAA’s space weather lead in coordinating preparedness and response efforts with industry, emergency managers, and government officials around the world. He regularly briefs the White House, Congress, and government leadership on vulnerabilities of critical infrastructure to space weather storms. Murtagh is also a key contributor in U.S. government efforts to advance international cooperation in space weather-related activities.

He is a regular guest speaker at universities, government agencies, and national and international conferences. Murtagh has provided numerous interviews to major media outlets and is featured in several documentaries on space weather.

Before joining NOAA, Murtagh was a weather forecaster in the United States Air Force. He coordinated and provided meteorological support for national security interests around the world. Bill transferred to the SWPC in 1997 as a space weather forecaster and liaison between NOAA and the U.S. Air Force. He joined NOAA in 2003 after retiring from the Air Force with 23 years of military service.