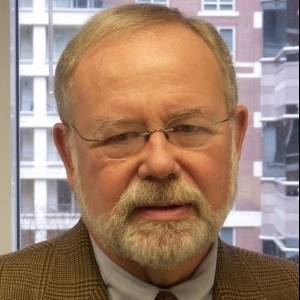 Dennis Wenger is the program director for program element 1638, infrastructure systems management and extreme events, at the National Science Foundation (NSF). He is also the acting program director for the civil infrastructure systems program. He was previously at NSF from 2001-2005. Wenger was a professor of urban and regional science and an adjunct professor of sociology at Texas A&M University from 1989-2007. He was also the founding director and senior scholar of the Hazard Reduction & Recovery Center. Prior to his arrival at Texas A&M in 1989, Wenger was on the faculty of the University of Delaware where he served as co-director of the Disaster Research Center from 1984-1989.

Wenger has been engaged in research on hazards and disasters for over 40 years. His research has focused upon the social and multidisciplinary aspects of natural, technological, and human-induced disasters. Specifically, he has studied such topics as local emergency management capabilities and response, police and fire planning and response to disasters, search and rescue and the delivery of emergency medical services, mass media coverage of disasters, warning systems and public response, factors related to local community recovery success, and disaster beliefs and emergency planning. He undertook the only empirical study of the evacuation of the World Trade Center towers after the first terrorist attack in 1993 and served as the principal investigator for the first project to "Enable the Future Generation of Hazard Researchers." He is the author of numerous books, research monographs, articles and papers. Wenger currently serves as one of the nine members of the United Nations Scientific and Technical Committee to the International Strategy for Disaster Reduction. At NSF, Wenger serves as the foundation's representative to the roundtable on disasters of the National Academy of Science. He also represents NSF and serves as a co-chair on the subcommittee on disasters, which is associated with the Office of Science and Technology Policy.