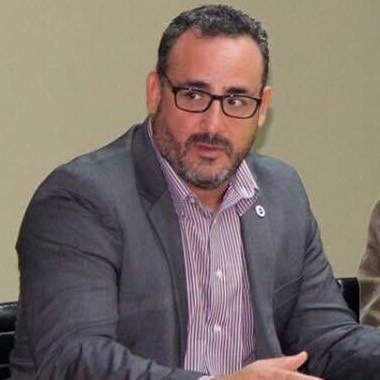 Ernesto Morales was born in San Juan, Puerto Rico. He obtained his bachelor's degree in 1997 from the University of Puerto Rico, under the Environmental Sciences program. In 2000, he continued his studies at the University of Northern Illinois, where he completed another bachelor's in meteorology. In 2006, Morales completed a master's of business administration at the Universidad Metropolitana. His first job as a meteorologist was at the National Weather Service (NWS) Key West Weather Forecast Office (WFO). In 2001, he joined the San Juan NWS team working as a forecast meteorologist. Since 2012, Morales has been the coordinator of warnings at San Juan WFO.