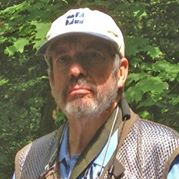 John Sorensen is recently retired as a distinguished research staff member at Oak Ridge National Laboratory. He has been involved with research on emergency planning and disaster response for over 35 years. He has been the principal investigator on over 40 major projects for federal agencies including FEMA, DOE, EPA, NRC, DOD and CSHIB. In addition to his research, Sorensen has led the development of emergency management information systems, simulation models, conventional and interactive training courses, and educational videos. Since his retirement, he has conducted research and consulted on emergency warnings for The U.S. Army Corp of Engineers and NOAA’s National Tsunami Hazard Mitigation Program. Sorensen has authored over 150 professional publications on response to emergency warnings, risk communications, organizational effectiveness in disasters, emergency evacuation, decontamination, and protective actions for chemical emergencies. He served as team leader for the chapter on Prediction and Warning in Mileti et al. 1999. Disasters By Design. Washington DC: Joseph Henry Press. He coauthored the study Facing Hazards and Disasters: Understanding Human Dimensions. 2006. Washington, DC: National Academy Press. Sorensen has a PhD in Geography from the University of Colorado at Boulder and was an assistant professor at the University of Hawaii.