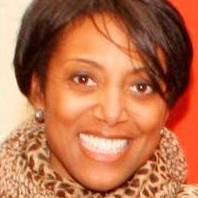 Lauren Alexander Augustine is the director of the Program on Risk, Resilience, and Extreme Events in the Office of Special Projects in the Division of Policy and Global Affairs at the National Academies of Sciences, Engineering, and Medicine, and serves as the associate executive director of the Division of Earth and Life Studies. In this role, she directs the Resilient America Roundtable and the International Forum on chemical, biological, radiological and nuclear resilience. Alexander Augustine is also the staff lead for the cross-Academies Resilience Working Group. She joined the Academy in 2002.

Alexander Augustine serves on the World Economic Forum’s Global Agenda Council on Risk and Resilience and is a member of the advisory board for the American Geophysical Union’s Thriving Earth Exchange program. In her tenure at the Academies, Alexander Augustine was a study director on the Water Science and Technology Board; from 2007-2014, she served as the country director for the African Science Academy Development Initiative, a cross-academies program that builds scientific capacity in national academies of science in eight African countries. From 2008-2013, she directed the Disasters Roundtable. Her most recent positions entail her developing a portfolio on natural disasters and ways that science can inform policy to reduce the risk and elevate society’s resilience to them.