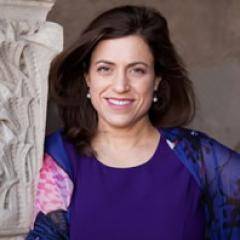 Leysia Palen is the founding chair and professor of the Department of Information Science and professor of computer science at the University of Colorado Boulder. Funded by the National Science Foundation, Palen has led a research agenda on crisis informatics, an area she forged with her graduate students and colleagues at CU beginning in 2005.

Palen brings her training in human-computer interaction (HCI), computer-supported cooperative work and social computing to bear on understanding and advancing socio-technical issues of societal import; conducting empirical research in the interpretivist tradition. However, in the advancing arena of large-scale on-line interaction (the "big data" of crisis response), she adapts quantitative techniques to closely observe and describe social structures in such technology-mediated situations.

Palen was given the 2015 ACM Computer Human Interaction Social Impact Award for her crisis informatics work. In 2016, she was elected to the ACM CHI Academy.

Palen is the author of more than 70 articles and a co-edited book in the areas of human computer interaction, computer supported cooperative work, and crisis informatics. She has been awarded $5 million as the principal investigator for grants from the U.S. National Science Foundation, including an NSF CAREER award in 2006. She is an associate editor for the Human Computer Interaction Journal (Taylor and Francis) and for the Computer-Supported Cooperative Work Journal (Springer). Palen directs the Project EPIC (Empowering the Public with Information during Crisis) research effort and codirects the Center for Software and Society. Learn more about her work at http://cmci.colorado.edu/~palen/.