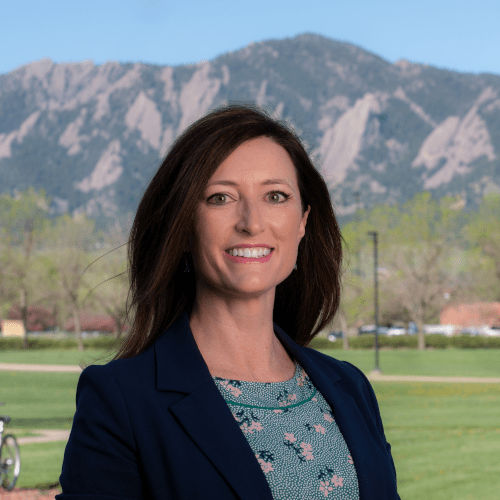 Lori Peek is director of the Natural Hazards Center and professor in the Department of Sociology at the University of Colorado Boulder. She is author of Behind the Backlash: Muslim Americans after 9/11, co-editor of Displaced: Life in the Katrina Diaspora, and co-author of Children of Katrina. She helped develop and write school safety guidance for the United States, which resulted in the publication of FEMA P-1000, Safer, Stronger, Smarter: A Guide to Improving School Natural Hazard Safety.

Peek has conducted research in the aftermath of several major disasters including the 9/11 terrorist attacks, Hurricane Katrina, the BP oil spill, and the 2018 Alaska earthquakes, among others. She is the principal investigator for the National Science Foundation-funded (NSF) CONVERGE facility, which is dedicated to improving research coordination and advancing the ethical conduct and scientific rigor of disaster research. She also leads the Social Science Extreme Events Research (SSEER) and Interdisciplinary Science and Engineering Extreme Events Research (ISEEER) networks. Peek is co-principal investigator for an NSF-effort focused on advancing interdisciplinary methods for hazards and disaster research. She is also part of a new U.S. Geological Survey-funded research project on earthquake early warning systems in schools. She served as co-principal investigator for the NSF INCLUDES Minority SURGE Capacity in Disasters project and is a Board Member for the Bill Anderson Fund; both initiatives are dedicated to increasing the number of historically underrepresented professionals in hazards mitigation and disaster research.