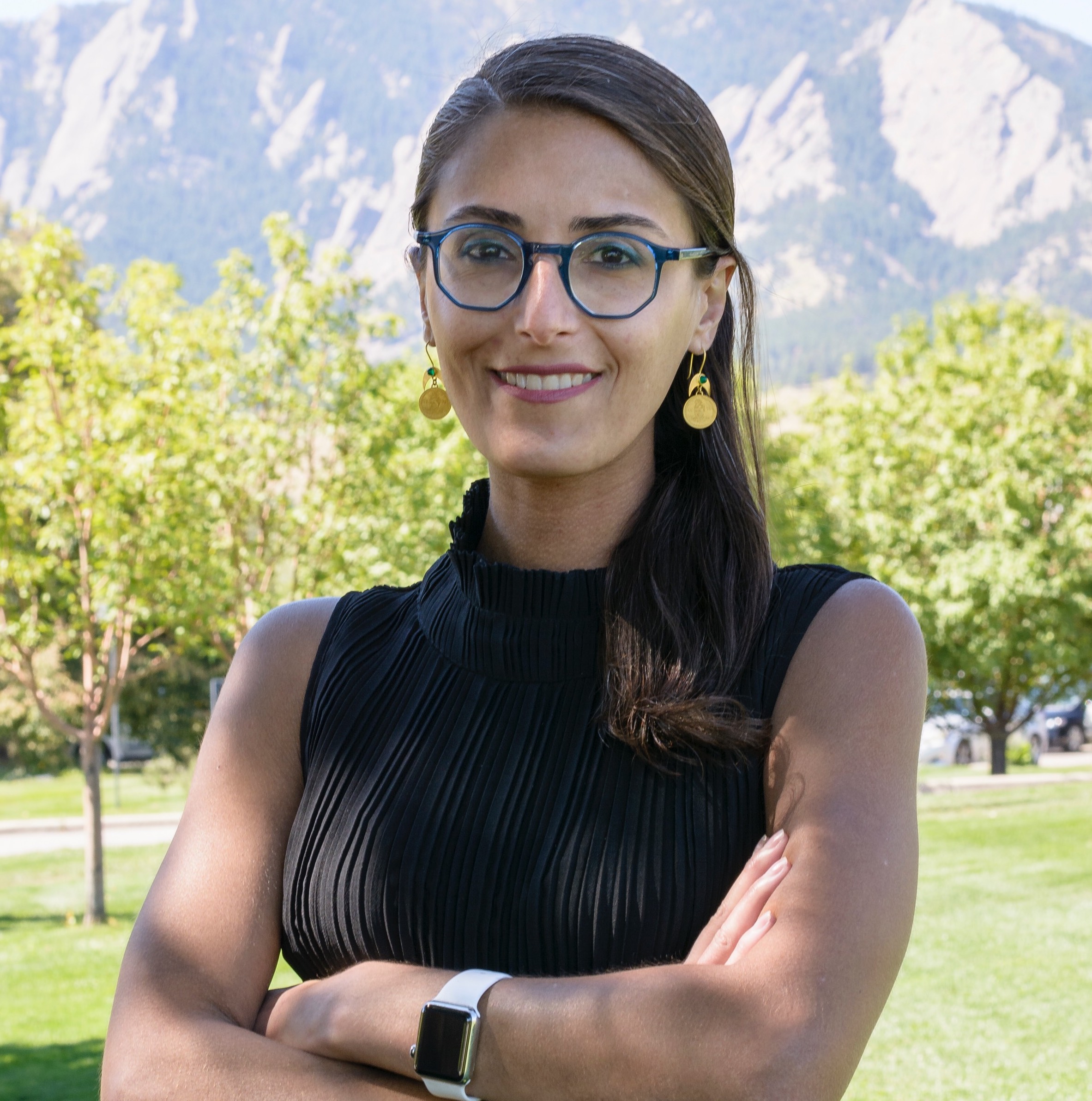 Shideh Dashti is an associate professor in geotechnical engineering and geomechanics in the Department of Civil, Environmental, and Architectural Engineering at the University of Colorado Boulder (CU). She obtained her undergraduate degree at Cornell University and her graduate degrees at the University of California, Berkeley. She worked briefly with ARUP (New York City) and Bechtel (San Francisco) geotechnical groups on several engineering projects in the United States and around the world involving the design of foundation systems, slopes, and underground structures and tunnels. Her research team at CU studies the interactions and interdependencies among different infrastructure systems during earthquakes and other types of disasters, the seismic performance of underground structures, and consequences and mitigation of the liquefaction hazard facing structures in isolation and in dense urban settings.