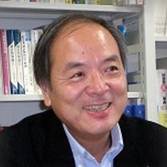 Shigeo Tatsuki is a professor in the Department of Sociology at Doshisha University in Kyoto, Japan. He has a cross-appointment as senior research scientist at the Disaster Reduction and Human Renovation Institution in Kobe, Japan. Tatsuki taught social work research at Kwansei Gakuin University from 1986 to 2001. Since 2001, he has been teaching the sociology of disaster at Doshisha University and currently serves as the president of the Institute of Social Safety Science, Japan. He has conducted community-based participatory disaster research on long-term individual (life) recovery and on societal and community responses to people with functional needs after the 1995 Kobe Earthquake, 2001 Geiyo Earthquake in Hiroshima, 2004 Typhoon, 23 floods in Northern Hyogo, 2004 Niigata-Chuetsu Earthquake, 2007 Noto Peninsula Earthquake, and the 2011 Great East Japan Earthquake (GEJE). Based on these research findings, he has been actively involved in formulating recovery policies and programs; GIS mapping of people with disabilities (PWD); community-based initiatives to form neighborhood disaster response networks in Kobe, Kyoto, and Shiga areas; and post-GEJE advocacy work for disaster-inclusive disaster risk reduction. As a member of the cabinet office committee on people with special needs in disaster, he was involved in the cabinet office publications and revisions of Evacuation/Sheltering Assistance Guideline for People with Special Needs in Times of Disaster (2005, 2006, and 2009). He also served for local municipalities (Kobe, Kyoto, Yokohama, and Amagasaki) as well as for prefectural governments (Tokyo, Shiga, Ishikawa, Toyama, Okayama, and Kagawa) designing community-based collaborative preparedness plans for evacuation and sheltering assistance of PWD.