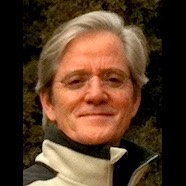 William Leith is the acting associate director for natural hazards at the U. S. Geological Survey. He also serves as the senior science advisor for earthquake and geologic hazards, with oversight of the earthquake hazards, geomagnetism and global seismographic network programs. Leith joined the USGS in 1986, after receiving a doctoral degree in seismology and geology from Columbia University, and a bachelor’s degree from the University of California, Berkeley. He served USGS as chief of the special geologic studies group from 1990-2001, as senior technical advisor to the assistant secretary of state for verification and compliance, from 2001-2003, as the coordinator of the advanced national seismic system from 2003-2012, and as USGS acting associate director in 2010-2011.

In recent years, Leith has been consulted many times for his expertise on the subject of human-induced earthquakes, such as those associated with waste fluid injection. This has included congressional testimony, as well as numerous federal agency briefings and public talks. He has over 100 publications in the areas of seismology, geology, engineering geology, tectonics, and the applications of these subjects to earthquake safety, response and engineering, as well as to nuclear weapons testing and test monitoring, treaty verification and compliance assessments, and other military and national security interests.