This article was first published on April 7, 2018, by The New York Times.

Last week, thousands of teachers in Oklahoma and Kentucky walked out of their classrooms. West Virginia teachers did the same thing in February, and Arizona may be next. They are protesting state governments that are failing to pay teachers a decent wage, replace outdated textbooks, ensure manageable class sizes and fix school buildings in need of repair.

But our schools have even bigger problems.

Every weekday during the academic year, more than 50 million children across the United States enter public school buildings. Many of these buildings are so dilapidated and poorly designed that children’s health and safety are at risk.

Some are in floodplains or lack heat or air conditioning. Others lie near fault lines and haven’t been built to withstand earthquakes. 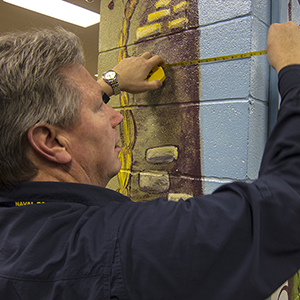 A FEMA representative assesses the integrity of a school in Moore, Oklahoma as part of the Agency's Safe Schools 101 initiative. ©Christopher Mardoff, FEMA, 2013.

Young Americans are coming of age in a world that is drier and hotter than ever before. Wildfires, severe storms, floods and other environmental extremes will become more frequent and intense. Natural hazards, when combined with crumbling infrastructure, can lead to disaster.

Consider tornadoes. About 1,200 occur annually in the United States. Oklahoma also happens to be one of the most tornado-prone states in the nation. In May 2013, 56 schools there were damaged or destroyed by tornadoes, including Plaza Towers Elementary School, where seven children were killed. That school did not have a tornado shelter or safe room. State Representative Rebecca Hamilton said that every child who died there “was our responsibility.” She added: “A tornado didn’t kill them. We did.”

Fewer than half of public schools in Oklahoma have a tornado shelter, and in 2017 the Oklahoma Uniform Building Code Commission quietly removed the requirement that new schools have them. Oklahoma teachers are lobbying lawmakers for $200 million in increased school funding over the next three years. But it would cost more than $1 billion just to protect the state’s schoolchildren from tornadoes.

Flooding is the most common and costly natural hazard in the United States. According to a report from the Pew Charitable Trusts, 6,444 schools — which serve nearly four million students — are in places highly vulnerable to flooding. Before West Virginia teachers walked out of their classrooms to demand higher pay, many were flooded out following historic rainfall in June 2016. At least 35 schools sustained minor to severe damage.

Heat waves claim more lives than any other natural hazard, and in 11 of the country’s largest school districts, in addition to countless smaller ones, many schools do not have air-conditioning.

In the Santa Maria-Bonita School District in California, teachers report that classroom temperatures sometimes reach 90 degrees. Thirty percent of the classrooms in the district lack air-conditioning, primarily because they are in old buildings that do not have the electrical capacity to support portable units. It would cost upward of $45 million to install central air in all classrooms. In 2015 the teachers’ union asked the school board for that funding, but the request was denied. Some teachers have resorted to offering sweaty and distracted students small cooling towels purchased with donated funds.

At the other end of the temperature spectrum, cold snaps have left children shivering in schools with malfunctioning boilers and drafty windows that do little to protect them when temperatures dip below zero. Low-income and black and Hispanic students are more likely to attend such poorly maintained schools.

This winter, Marietta English, president of the Baltimore Teachers Union, wrote in a letter to the school system’s chief executive, Sonja Santelises, that “trying to provide a stable learning environment in these extreme conditions is unfair and inhumane.” Santelises acknowledged that “too many of our buildings have outdated heating systems, poor insulation and aging pipes as a result of years of inadequate funding for maintenance and facilities improvements.”

When it comes to earthquakes, we have seen some progress in terms of seismic upgrades for schools in states such as California and Oregon. But many other places lag woefully behind.

In Utah, hundreds of old school buildings with unreinforced masonry lie along or near the Wasatch Fault and could suffer serious damage, including complete collapse, in an earthquake. And in Washington, one in three children attend schools built before seismic construction standards were adopted statewide. The most unsafe schools are largely in poorer districts.

This is another reminder that these issues are not just environmental. They are social justice issues, too.

If we legally require children to attend school, then we should be held accountable for keeping them safe there. We need to see a real investment in our nation’s school infrastructure and emergency planning efforts.

The American Society of Civil Engineers, which assigned our deteriorating school facilities a D+, estimates that just maintaining and operating them will cost $58 billion annually, while upgrading them would cost $77 billion annually.

We also need to spend more on predisaster mitigation efforts like reinforcing old schools and building storm shelters. The National Institute of Building Sciences recently reported that the nation could save $6 for every $1 it invests in mitigation by limiting the damage when disasters occur. And last year the Federal Emergency Management Agency issued guidelines, which I helped develop, on school building safety and emergency preparedness that all school systems should follow.

Students recently walked out of school to draw attention to gun violence. Should they do the same to protest all the other ways their safety is being put at risk? What would happen if children walked out of schools that are in floodplains or near fault lines? Should those without access to storm shelters in Tornado Alley refuse to show up until lawmakers do something? Should students who are too hot or too cold to learn just put down their pencils?

Of course, this is not really an option. Children’s educations are too important to interrupt, and many students who attend shoddy schools may never experience a catastrophe. But we need to spend whatever time and money it takes to ensure those buildings are safe. Well-meaning parents shouldn’t have to hope, as they send their kids off to school, that their loved ones will graduate before the next big disaster strikes.