Muslim Americans and other religious minorities may have faith-based needs and concerns that deter them from using public shelters. When interfaith and interagency leaders collaborate before disaster, they can help ensure culturally competent care and accommodations for all people.

The United States is one of the most ethnically and religiously diverse countries in the world. While Christianity remains the most widely practiced faith in the United States, the nation’s religious landscape is changing rapidly due to new waves of immigration and generational shifts in religious adherence.

As the nation’s diversity increases, shelter planners will find it increasingly important to consider religious accommodations in shelter and mass care planning. Available research on Muslim Americans in disasters provides an example of how these considerations play into an individual's decision to stay in a shelter or not.

Muslims in the United States

There are about 3.45 million Muslims in the United States. While this represents only a little more than one percent of the total U.S. population, Islam is the nation’s fastest growing religion.

Although Muslims share a common faith, they are extraordinarily diverse in terms of their beliefs and backgrounds. Most Muslims in the U.S. today are immigrants (58 percent), although a large share of the community (42 percent) was born in the United States. Foreign-born Muslims trace their heritage to approximately 75 different countries. These individuals and their family members speak a wide array of languages and they adhere to many different cultural traditions and practices. Most Muslim Americans, although not all, are also ethnic or racial minorities.

Muslims live in all 50 states, but the largest number of Muslim Americans are concentrated in major metropolitan areas in New York, California, Texas, Florida, Illinois, New Jersey, Michigan, and Virginia. Muslims, like other Americans living in especially hazard-prone states, have been affected by a mounting number of hurricanes, wildfires, floods, and other disasters in recent years. In addition, the enduring effects of the events of September 11, 2001, have continued to influence patterns of anti-Islamic hate crimes, bias, and discrimination against the Muslim community. This, in turn, has shaped their sense of security and belonging.

Although attention to the experiences of Muslim Americans has increased in the post-September 11 period, there is a dearth of research on how Muslims and other at-risk religious minority groups prepare for disaster. To address that knowledge gap, I worked with a team of researchers to survey 139 Muslims living in Florida about their hurricane preparedness activities, sheltering preferences, and specific cultural and religious needs and concerns in using public disaster shelters in the event of an emergency.

Most respondents in our study—83.4 percent—reported that they had experienced one or more hurricanes. Yet only 29.7 percent of the Muslims in our sample had a disaster plan, while 47.5 percent indicated that they had stored extra supplies for a disaster. Of those who experienced one or more hurricanes, about one-third said that they left their home and evacuated to another area. Most of those who evacuated said they went to a family member’s house (34.4 percent), a friend’s house (37.5 percent), a hotel (28.1 percent), or elsewhere (12.5 percent). We discovered that only a very small percentage of respondents—3.1 percent—had accessed a public shelter during a hurricane.

When we asked respondents why they didn’t use public shelters, they indicated that safety was their primary concern. The Muslims in our study also expressed apprehension about cleanliness, privacy, and their ability to adhere to Muslim religious requirements related to modest dress, halal diet, and daily prayer rituals while in a mass care setting. Moreover, more than half of respondents said that the long-term and ongoing fallout from the events of 9/11 would deter them from staying in a public shelter. For example, one of our respondents wrote that they felt that "minorities will not receive the same level of care, supplies, etc." in a shelter, while another worried about making others "uncomfortable" and was concerned that "everyone would be watching me."

Our participants recognized, too, that some religious practices are difficult to maintain in mass care settings and that shelters have clear limitations in terms of available space. Moreover, shelter workers may have few resources and little time to get ready for a surge of people seeking refuge. "We need to be better prepared for things," one of our respondents shared. "A lot could happen." 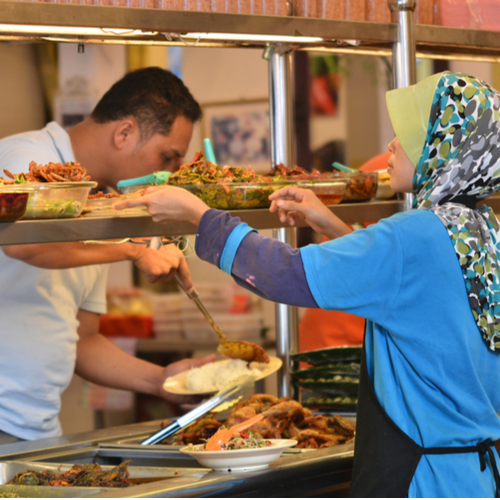 Our study and other recent research on Muslims in disaster highlight the importance of understanding religious needs in the context of disaster planning and sheltering activities . When shelter planners, aid workers, and volunteers are sensitive to the nuances of diverse faith communities, they can help ensure a culturally welcoming space for all who seek shelter.

As the number of religious minorities has grown in the United States, so too have the number of materials that are readily available to help inform cultural competency and reasonable religious accommodation in sheltering and mass care settings. When interfaith and interagency groups cooperate, they have the potential to prepare and educate people about disasters, enhance communication and timely dissemination of information, assist in training diverse new cadres of volunteers, and coordinate disaster responsibilities and resources. Moreover, when these groups come together, they are often able to offer creative solutions that solve co-occurring challenges, such as pre-identifying multi-purpose spaces in shelters that can act as prayer rooms as well as private areas for grieving families.

Just as getting individuals ready for disaster is important, so too is engaging diverse faith communities. This means that religious leaders and other community stakeholders should meet with state and local officials to share information, increase access to critical resources such as transportation and safe shelters, and enhance involvement with the larger disaster preparedness and response network in our nation.

Tip Sheets: Sheltering and Mass Care of Religious Minorities in Disaster
National Disaster Interfaiths Network and the University of Southern California Center for Religion and Civic Culture
Guidelines to inform cultural competency and reasonable religious accommodation mandates for U.S. mass care providers, and to assist shelter staff and volunteers in competently meeting the needs of religious minorities during disaster response or recovery operations.