Managerial Perspectives on the Role of Public Libraries in Disaster Response

Children help with the ribbon cutting at the reopening of the historic Cita Hubbell Library in New Orleans. Libraries can play a supportive role in community response and recovery from disasters. ©FEMA, 2013.

Public libraries have an understanding of local contexts and can provide shelter during disasters. Libraries can play a supportive role in community response and recovery from disasters and should be involved in pre-disaster planning and decision making.

Disasters can prompt local public service organizations—such as public libraries—to assume crisis-related roles to meet the needs of the community. These entities don’t regularly focus on disaster management in their daily operations; yet they have deep understanding of local contexts and diverse expertise that can be useful in crises. Indeed, during times of disaster, libraries often provide space for medical care and may even become a temporary shelter or site for distributing donations.

Although these organizations often rise to the challenge of responding to disasters, their efforts aren’t always visible and their capacities have not been systematically harnessed. This is the case, in part, because it is often challenging to predict the disaster-related responses of groups and organizations that do not routinely deal with emergency activities. Managers of these organizations have different perceptions and assumptions about their roles and capacity to assist in disaster situations. Organizations might also be unsure of which actions to take and to what extent their managers are willing to address community needs by providing shelter or other aid during disasters.

There is a need, however, to anticipate the potential decisions of these organizations by developing disaster response plans that take greater advantage of their resources and capabilities . This in turn could provide insight into ways to mobilize and incorporate potential disaster-related efforts systematically into a broader whole community response. 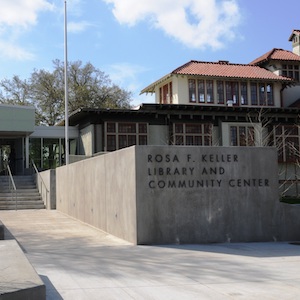 To advance knowledge in this area of study, I interviewed public library managers and directors in Hampton Roads, Virginia, and found that although most officials agree that libraries should play a supportive role in disasters, they differ on the extent to which libraries should be formally involved in planning and response. For many, the dynamics of change seemed complex. Managers perceived a conflict between ingenuity and relying on expertise. Accordingly, respondent narratives reflected both rigid and adaptable components and included both defensive and proactive characteristics. The differences in perspectives can be explained by library policies, combined with how managers identify with their public service role. Two distinct types of managers emerged when characterizing such identification.

Proactive library managers believe libraries should play a greater role in disasters. These managers do not always adhere to formal rules and procedures when making disaster-related decisions, but rather remain open to new possibilities, such as deploying the organization’s assets, at least temporarily, as if it were a first responder agency. These managers were open to using libraries to provide shelter and relief to affected populations. Proactive managers do not think of the organizational mission narrowly and so are open to innovative ways to reposition the library and adapt to new demands. One library director said:

This reflects an orientation to thinking and acting in less conventional ways when necessary and becoming more creative, innovative, and available to the community.

Defensive library managers are hesitant about libraries playing a role in community-based disaster response, possibly because they feel that libraries lack the necessary expertise and are short on resources. Public service for the defensive manager involves maintaining and protecting the long-term institutional identity of the public library rather than changing and transforming it. Accordingly, for them, a clear public duty is not to respond to new demands but to resist any library misuse. One manager stated:

Defensive managers are more motivated to act on issues they believe will damage the organizational image. Anything that is perceived as a risk to their organization and its image is considered a threat and triggers resistance.

Promoting a more proactive and holistic approach to disaster response involves recognizing local public service organizations, such as public libraries, ahead of time and inviting them to participate in disaster-related planning and decision making. Predicting which organization will be part of the network, however, involves understanding manager perspectives. Although some might be reluctant to assume a new role, others will be open to take less-conventional directions. Public officials can therefore guide local emergency authorities to identify opportunities—such as mass care and sheltering, distributing supplies or health-related information, and otherwise supporting community response and recovery—where libraries and other local public service organizations can assist during disasters.

This article originally appeared in the Research Counts series on January 4, 2018. This is an updated version.

The Librarian’s Disaster Planning and Community Resiliency Guidebook
New Jersey State Library
This guidebook helps librarians to develop a resilience plan for their library and personal readiness plans for their staff.