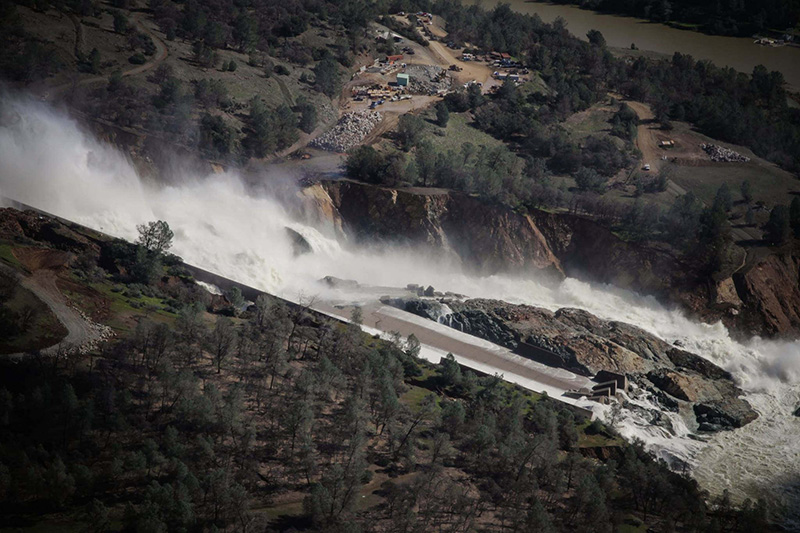 Most often talk of infrastructure investments focus on aspects firmly in the public eye—roads, bridges, transit, energy, and the like. Lower on the list is the wide-ranging and complex network of our nation’s dams; a system that could cost up to $65 billion to bring up to par.

That changed recently when extreme weather in the western United States created several big events that brought dam safety into the spotlight. Among them were the failure of the Twentyone Mile Dam in Nevada, the need to open the spillway of California’s Don Pedro Dam, and most notably, the evacuation of nearly 200,000 residents below the Oroville Dam.

With so many eyes glued to the predicament of dams in the West, now is the perfect time to discuss the investment needed in dams across the United States.

“That is a national concern for us,” said Lori Spragens, the executive director of the Association of State Dam Safety Officials told the New York Times. “Most dams are almost 50 years old. Many of them are very behind in their rehabilitation and they need to be upgraded to current standards. It’s the lack of money. The whole concern with infrastructure is just not there, as we know.”

Money is a key element in rehabilitating aging and inadequate dams, but there are a myriad of other factors at play, as well—environmental concerns, cross-jurisdictional impacts, and the fact that most dams weren’t engineered to handle the conditions of today’s climate-driven extremes are all relevant.

The example of Oroville encompasses several of those factors. The crisis there was caused by a hole that opened up in the concrete-lined main spillway, likely because of the force of heavy flows being released from the swollen Lake Oroville. The dam’s operator, the California Department of Water Resources, was forced to use an emergency spillway to release the excess water instead. That spillway—which was unlined—was also soon compromised, sparking the evacuations.

“Water—whether too much or too little—has a way of revealing weaknesses in design and decision making,” Jeffery Mount of the Public Policy Institute of California wrote in recent blog post on the Institute's website. “For Oroville Dam—the tallest dam in the nation—the crisis began with poor maintenance of its main spillway compounded by wholly inadequate design of the emergency spillway, a known problem.”

Twelve years earlier, concerned environmental groups had foreseen the emergency spillway would be overwhelmed if ever put in use and filed a motion to force the state to line it with concrete. State agencies pushed back and the Federal Energy Regulatory Committee, which heard the motion, determined that lining the secondary spillway was unnecessary.

It could be easy to point to that decision as key in creating an avoidable danger that threatened lives and property. But other solutions that might have hardened the dam had also been turned down. In 1997, a proposal to add gates to the top of the emergency spillway was nixed because of environmental concerns.

“The management of the dam — the management of water — is risk management,” said Nancy Vogel, a spokeswoman for the California Natural Resources Agency, told the Times. “You have to weigh risks and you have to calculate what is a good expenditure and what isn’t.”

All of this points to the incredibly complex interplay of interests at work in our nation’s patchwork of dams—and for every situation like Oroville, there’s bound to be scores of others. Perhaps the recent spate of close calls will create some momentum for upkeep—something Peter Gleick of the Pacific Institute pointed out is needed throughout the entirety of our systems that deliver water.