The Natural Hazards Center is excited to welcome Victor Marchezini as the most recent scholar to join our Researcher in Residence program. Marchezini, who hails from Brazil, will be working with us in Boulder, Colorado, through June 2023. 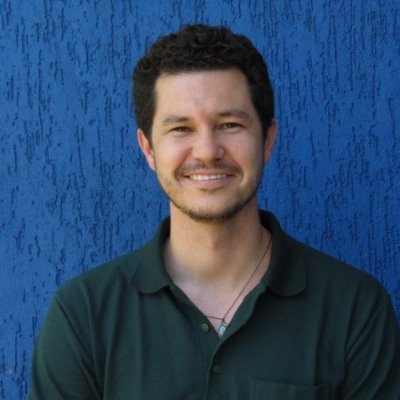 While here, Marchezini will be focusing on a postdoctoral project that focuses on multidisciplinary methods that promote people-centered early warning systems. As part of that project, he will be organizing three virtual workshops in partnership with his home institution, the National Center for Monitoring and Alerts of Natural Disasters (abbreviated CEMADEN in Portuguese), the Natural Hazards Center, and other researchers interested in early warning. The workshops, which are planned for February 2023, will explore research methods to promote people-centered early warning systems and international experiences with implementation.

Marchezini is very interested in multi- and interdisciplinary methods—and that was a big reason he was drawn to the Natural Hazards Center. As a social scientist working in an institution heavy with scientists, civil defense officers and stakeholders, he said he was often asked, “What is a sociologist doing here?” This, along with nearly 20 years of disaster-focused sociological experience, led him to begin thinking about developing multi- and interdisciplinary ways to approach disasters and disasters warnings. He eventually learned about the Center’s National Science Foundation-funded CONVERGE facility and became part of the Social Science Extreme Events Research (SSEER) Network.

After completing some of the CONVERGE training modules and readings, Marchezini reached out to Center Director Lori Peek to express his interest in visiting for a year. With the encouragement and support of the Center team, he put together a proposal for his project, which was funded by the Sao Paulo Research Foundation in 2020, although the COVID-19 pandemic delayed his residency until June of this year.

“We are so excited that Victor is finally here with us in Boulder,” said Peek. “He is so smart and committed to using social science knowledge to help address vexing environmental problems. We are looking forward to supporting his efforts over this coming year.”

In addition to his roles as researcher at CEMADEN, Marchezini also teaches in the post-graduate earth system science program at the Brazilian National Institute for Space Research and in the disaster science program offered through Sao Paulo State University-ICT and CEMADEN. His work includes an international focus on disasters and climate change, temporary shelters in disaster, and disaster recovery processes. He is currently on the board of the International Sociological Association Research Committee on the Sociology of Disaster (ISA-RC39) and just coauthored a book, “Disaster Risk,” this year.

You can learn more about Marchezini’s scholarship by reading his bio on the Natural Hazards Center website.