This past week’s television coverage has shown dramatic search and rescue activities as flooding from Hurricane Harvey struck Houston. Residents and elected officials alike have commented on the spirit of cooperation among Texans who have been united by the common goal of saving lives. As heartwarming and meaningful as the stories of emergency response are, the real challenges of the response to Hurricane Harvey will be the same as other major disasters. After the network cameras are gone, the real story will unfold during the years of efforts to recover from the disaster. 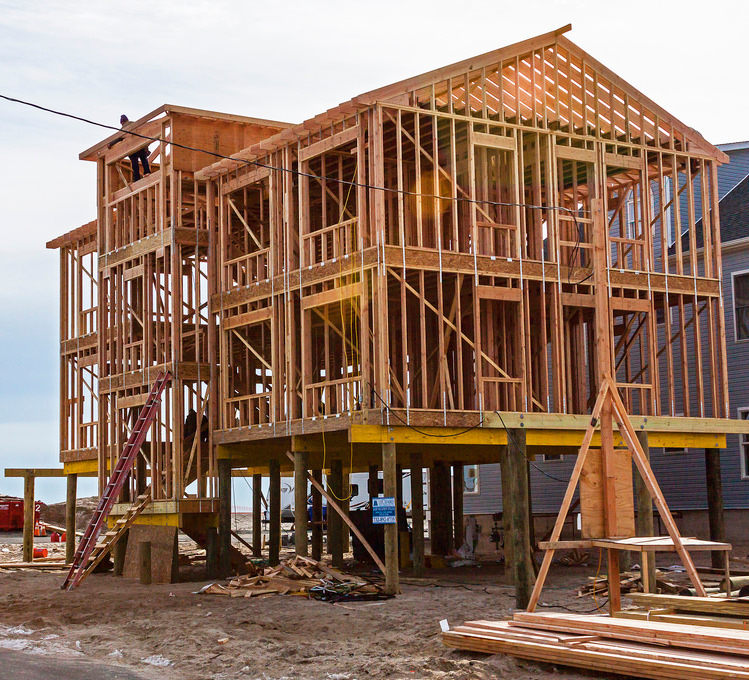 Nearly a year and a half after Superstorm Sandy struck the East Coast, neighborhoods along Route 35 in New Jersey were still in the process of reconstruction. © George Pankewytch, 2014.

One major task will be to rebuild or replace flooded homes; an estimated 30,000 to 40,000 in the city of Houston alone. Construction on this scale will be slowed by a shortage of capacity by local construction companies—requiring additional contractors from outside the area. The best of these companies will be hard pressed to recruit and house all of the qualified workers they need. The worst of them will place a higher priority on profits than on the quality and timeliness of their work or of the protection of their workers.

The speed of recovery will also be limited by homeowner ability to pay for necessary repairs. If they did not know it before the storm, they will find out now that their standard homeowner insurance policy does not pay for flood damage. Indeed, less than 20 percent of Houston’s flood damaged residential structures are covered by flood insurance. As a result, the overwhelming majority of homeowners will need to rely on individual assistance grants and Small Business Administration (SBA) loans. An individual assistance grant is typically around $5,000 and an SBA loan is essentially just an additional mortgage that needs to be repaid, although at a lower interest rate than a commercial loan. This will increase the financial burden on already cash-strapped households.

In the long run, the greatest challenge will be to rebuild smart, as well as quickly. Smart recovery means integrating hazard mitigation into the reconstruction process. That is, flood maps will need to be updated to account for the increased runoff from upstream development. Smart recovery also means adopting land use practices, like converting the most highly flood-prone areas to open spaces such as riverside parks and playfields. It also includes adopting building construction practices such as elevating structures above the base flood level. For example, cities could encourage developers to construct commercial and multifamily residential structures that have parking on the (floodable) ground level. Flood resilience can be further improved by incorporating flood-proofing measures such as waterproofed walls and removable shields around doors and windows.

This strategy of adopting flood mitigation practices that recognize the specific level of hazard exposure in each area is well known to emergency managers and land use planners. It is often resisted, however, by local stakeholders who attempt to minimize short-term construction costs regardless of the long-term consequences to the homeowner. These proponents of the status quo frame the housing recovery problem as a false choice; the only alternative to abandoning the region altogether is to rebuild new structures that are just as vulnerable as the ones that were destroyed. Unfortunately, these local stakeholders have an outsized influence on local land use and building construction practices.

The challenge ahead for emergency managers and land use planners will be to mobilize local coalitions that advocate for better flood hazard mapping and mitigation in their communities. Their reward for successfully increasing their communities’ hazard resilience will be significant reductions in disaster deaths, property losses, and social disruption.