There’s Something in the Water…

Disaster researchers often say that disasters don’t happen, they unfold. What they mean is that a key characteristic of disasters is that they produce impacts that cascade and spread over time. We see this now with Hurricane Harvey, which is shaping up to be one of the costliest and most disruptive disasters in U.S. history. What started as a hurricane and a deluge is now transforming into a complex public health emergency of epic proportions—one that is creating known and unknown threats and both short-term and longer-term dangers. 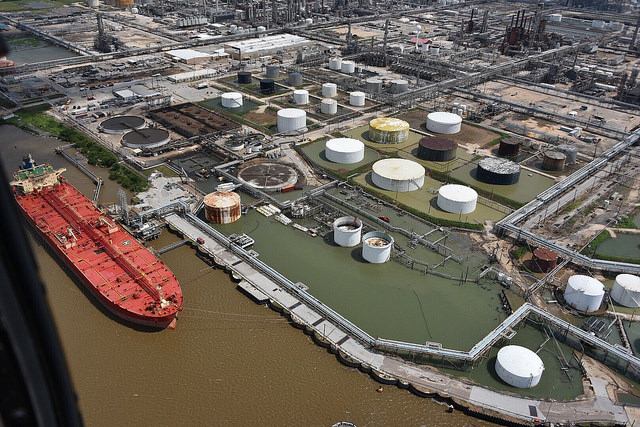 The greater Houston area is home to the largest concentration of petrochemical facilities in the United States. Facilities affected by Harvey have sustained damage, released toxins, and even experienced explosions and fires, as was the case with the Arkema facility in Crosby, Texas.

Regarding known threats, floodwaters have surged over places containing many types of toxins, such as landfills, Superfund sites, and agricultural and petrochemical plants. Those waters also contain biological hazards such as fecal matter, E. coli bacteria, shigella, and even Vibrio vulnificus, a type of bacterium that can enter the body through cuts and wounds and that kills about one in every four people it infects. Vibrio is rare, but after Hurricane Katrina there were twenty-two new cases of the disease, and five of those victims died. MRSA, an antibiotic-resistant variety of staph bacterium, was also seen with greater frequency after Katrina.

Many of those who were confronted with Harvey’s wrath while escaping their homes could have sustained cuts and scrapes that left them open to infection and also could have ingested contaminated water while wading through the murky depths. They are at risk from waterborne infectious diseases and the symptoms they can cause, such as diarrhea and dehydration (in the case of E. coli and shigella) or blood poisoning (in the case of Vibrio).

Hurricane winds typically carry off mosquitos and their larvae. Now they are back with a vengeance, and they thrive in standing water. With mosquitos come the risk of diseases such as West Nile and even Zika and dengue. To avoid these and other carriers of disease, people in the impact area should cover up as much as possible, use safe insect repellants, and get rid of standing water. After Hurricane Katrina, cases of West Nile increased both immediately and over subsequent months, indicating that mosquito-borne illnesses may be an ongoing threat to those affected by Harvey.

Mold is another hazard that will become increasingly severe in coming days and over the longer-term. Mold can cause serious respiratory symptoms and inflammation, as well as toxic reactions. Black mold, which releases toxic fumes, will be common in many areas that were exposed to flooding. With so many properties affected, the potential for epidemic levels of mold-related health problems is very real. Mold can be deadly. Care must be taken to deal with mold as quickly as possible, and residents and recovery workers should wear masks, gloves, and appropriate protective clothing when working in mold-infested areas.

What We Don’t Know

These public health threats are real and they will be enduring. What we don’t know is how the government and private sector will respond to these critical public health challenges. And there is reason for concern.

The Emergency Planning and Community Right to Know Act of 1986, also known as SARA Title III, required producers and handlers of hazardous materials nationwide to make their inventories available to the public. It also mandated the formation of local emergency planning committees (LEPCs) that were charged with developing strategies for reducing risks associated with dangerous chemicals and planning for explosions, fires, and other types of emergencies at facilities that pose health and safety risks.

Although designed to protect the public, that legislation has been weakened over time in many parts of the country, and Texas is no exception. A series of reports in the Houston Chronicle in 2016 called Chemical Breakdown described how hazardous material risks to the public have gone unaddressed as a result of inadequate inspection and enforcement by responsible agencies such as the Occupational Safety and Health Administration (OSHA), neglect of zoning regulations that allowed hazardous facilities to operate near homes and schools, and a lack of resources for LEPCs. On top of that, Texas legislation allows hazardous materials facilities to withhold information from the public on the questionable grounds that releasing such information could aid terrorists.

In this environment, which is hostile to the public’s right to know the risk it faces, facilities handling dangerous chemicals have stonewalled requests for information. Even now, with recent explosions at its plant in Crosby, Arkema still will not disclose to the public what is in the smoke that billows from its facility. The public is now demanding to know what threats are present in the air and in the floodwaters unleashed by the hurricane—knowledge that is critical in dealing with the public health emergency that is unfolding, slowly but surely, in Harvey’s wake.