The Devastating Paris Heat Wave of 2003 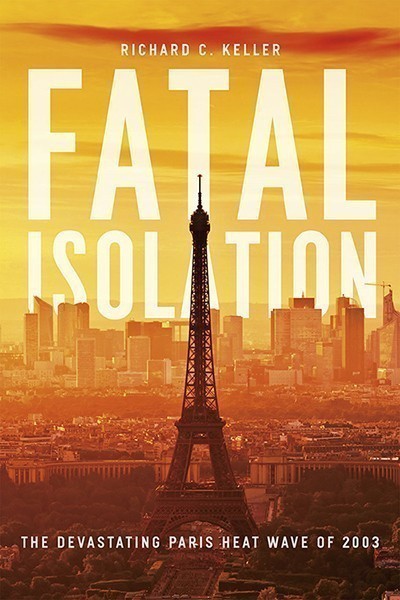 ANYONE WHO HAS EVER visited Paris in August knows that the French capital is unnaturally quiet in this month, as an estimated 50 percent of its residents leave for vacation. The same thing was true in the summer of 2003, although this time, upon their return, hundreds of Parisians where met with a horrid odor when entering their apartments’ front doors. The source of the smell was quickly determined: decomposing corpses of people who had died of heat related causes.

In the first three weeks of that August, a heat wave struck Europe. Roughly 15,000 people succumbed to the heat in France alone, including 1,000 Parisians. The August vacation severely compounded the problem; a lack of personnel slowed the processing of the bodies, and families who were away could not claim their relatives’ bodies. The backlog was so severe that Paris ran out of places to store bodies and vehicles to transport them. In response, authorities erected refrigerated tents to store and food trucks to transport the dead.

In Paris, nearly 100 bodies went unclaimed. These people had died in isolation and their bodies were only found when the smell of decomposition alarmed their neighbors.

The forgotten victims were buried in the poor section on a cemetery in Thiais, a suburb southeast of central Paris. Their social histories are central to Richard Keller’s book Fatal Isolation. Inspired by Eric Klinenberg’s study of the 1995 Chicago heat wave, Keller’s book is a social autopsy of the Paris heat wave. It explores the multiple narratives of the disaster, as well as the official story of the crisis and its aftermath, as presented by the media and the state. The book also explores the life histories of the forgotten victims based on interviews with neighbors, caretakers, medical workers and landlords, as well as the scientific understanding of the disaster and its management. Although similar to Klinenberg’s widely praised and groundbreaking study, Keller, a professor in the Department of Medical History and Bioethics at the University of Wisconsin-Madison, adds some historical flavor to his social autopsy by discussing Paris’ social history of risk and vulnerability going all the way back to the cholera epidemic of 1849.

Keller argues that, like Hurricane Katrina in the United States, the heat wave of 2003 scarred French consciousness about disaster. It played a critical role in shaping concerns about disaster response, the ways in which meteorological catastrophes prey unevenly on different communities, and the relationship between communities and their governments.

The author covers a lot of ground, and while his analysis of the local and national response (or the lack thereof) to this disaster is important, one aspect of his study stands out as particularly interesting: how Paris’s distinct architecture compounded the effects of the heat wave on the city’s most vulnerable citizens.

Stuck in the attic of extreme poverty

Keller was able to trace the addresses of 93 of the 95 forgotten victims and, in order to create their social histories, interviewed their landlords, neighbors and caregivers. Through this fragmented and anecdotal evidence, Keller found out that while the forgotten lived and died in virtually every neighborhood in the city, they shared a social geography of poverty and substandard housing. Many of the victims lived in so-called chambres de bonne, former domestic servants’ quarters. Keller visited a number of these apartments and was shocked by the state of most of them. Chambres de bonne are located directly beneath tin roofs of large inner city buildings, yet are usually completely separate from the apartments in the main building. They often don’t have elevators and tenants—who typically are students, poor immigrant families, and the elderly—have to take narrow service staircases that are located at the back of the building up to their apartments. Some of these rooms have only cold water, and others have no running water at all. Furthermore, many chambres de bonne have a skylight while others have a single wall-mounted window, making cross ventilation virtually impossible. Because the city is unaccustomed to heat, chambres de bonne, as well as most other apartments in Paris, are very rarely fitted with air conditioners. 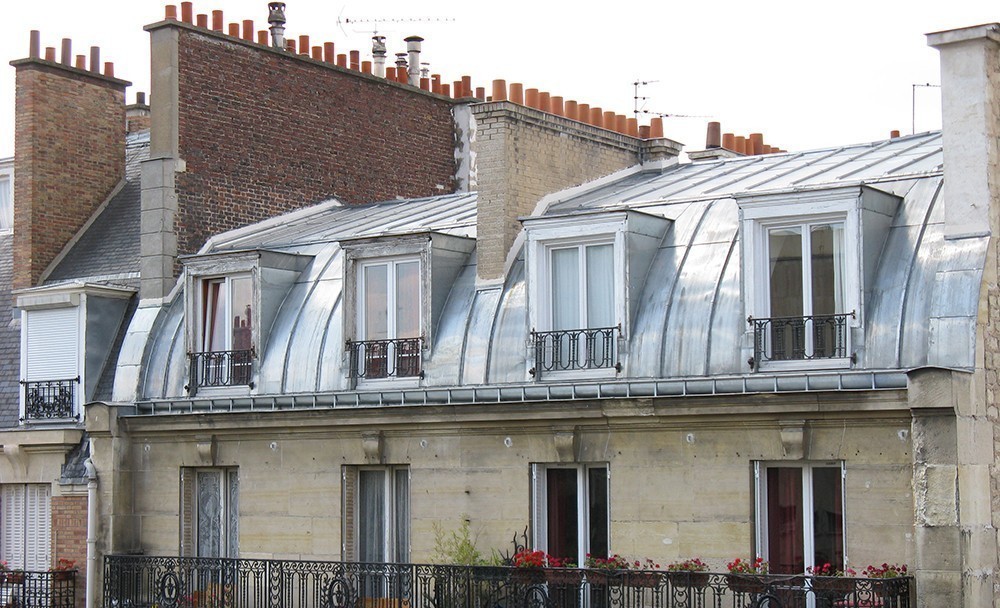 Keller experienced firsthand how hot these top-floor apartments get even when it isn’t particularly warm outside. He describes how he visited one on a mild summer day. While the outside temperature was around 65 degrees, inside, according to Keller, it was at least 90 degrees. One can only imagine how hot it really was inside of these apartments during the heat wave when temperatures hovered around 104 degrees for weeks on end.

The author refers to these buildings as vertical geographies of class. Poverty increases as one ascends the staircase and ironically, those stuck in what anthropologist Laura Lein has referred to as the “basement of extreme poverty” are often living in the attic.

One of the people who inhabited a chambre de bonne is 80-year-old Paulette Moreau, who lived on Avenue de Friedland in the eight arrondissement. Located in an important business district, Avenue de Friedland is one of the spokes of the star- shaped network of grand boulevards that radiate outward from the Arc de Triomphe. The avenue is lined with beautiful buildings that are classic examples of Haussmannian Paris: six- or seven-story buildings with the first floor dedicated to retail.

Keller vividly describes Moreau’s living conditions. She lived in an apartment hidden behind a beautiful façade and located above several floors of spacious and luxurious apartments. The elevator, which goes up to the sixth floor, has a door in the rear as well as the front, and the upper stories have service apartments situated along a rear corridor. Residents of the top floors have their mailboxes on the sixth floor, separated from those of the main building’s residents. When Keller walked up the steep and narrow staircase to Moreau’s tiny single room on the seventh floor he noticed how deteriorated the corridor was: doors were covered with chipped paint, loosely hanging wires ran the length of the corridor, and the floor was littered with mousetraps. For Moreau, retrieving mail a story below her room meant navigating the dangerous staircase. Bathing meant carrying a heavy bucket from the common sink in her mouse-infested hallway. “Her final years were an assault on her dignity and a constant threat to her life,” writes Keller. Moreau lived in isolation, economic deprivation kept her “lodged in a scorching apartment under the roof, and physical disability put the city and its resources out of reach.” She succumbed to the heat on August 20, 2003. According to Keller, her body was never claimed and still occupies the grave in which the republic buried her.

Keller explains that apartments like Moreau’s are sites of vulnerability for several reasons. The first and most obvious is the increased heat load of units on the upper stories of buildings. The chambres de bonne are not much more than an insulating zone for the rest of the building in both the winter as well as the summer months. Whenever it gets hot, cooling off is difficult as many apartments do not have baths or showers, and with skylights or a single wall mounted window there is little capacity for cross ventilation. Furthermore, and perhaps most importantly, the lack of social interaction with other tenants in the building means that there is a small chance of anyone discovering a problem until it is too late.

The author labels the above as literal “structural violence.” Structural violence is a term that was first coined in the 1960s and is used by sociologist, anthropologists and historians to refer to systematic ways in which social structures and social institutions harm or otherwise disadvantage individuals. Some examples of structural violence are institutionalized ageism, racism, nationalism, and classism. In Fatal Isolation, Keller makes a good case that Paris’ architecture is a literal example of this phenomenon and he argues that structural violence of the city’s architecture exacerbated the vulnerability of some of its least resilient citizens during the heat wave.

After the heat wave, a number of changes were introduced. Most of these changes focused on the elderly, a group identified as particularly vulnerable to heat distress. For example, the state mandated the installation of air conditioning in nursing homes. In addition, heat plans to cope with extreme temperatures have been established by health authorities who now coordinate closely with weather authorities. There are local, regional and national warning systems that emphasize the importance of solidarity with the vulnerable. Paris municipal authorities for example, have set up a telephone network designed to operate as a safety measure in periods of high heat. After registering with the city, people who worry for their health during heat waves are placed on a call list. But as the author points out, many vulnerable people do not necessarily self-identify as such. And even for those who recognize their vulnerability, “the admission that their independence is better characterized as isolation is improbable.”

Besides the establishment of heat plans and surveillance networks, Paris is also making an effort to become a sustainable city, by reducing its environmental impact and adapting to a changing climate. These efforts are even evidenced in some of the most marginal districts in which some of the forgotten lived and died. New buildings with pitched roofs surrounded by trees and shrubs, which together help to cool the air, have popped up in the poorest neighborhoods.

Sustainable development policies represent an important step, but they mostly target new construction, leaving the majority of the urban landscape untouched. Further, the 19th century architecture is the biggest culprit, according to Patrick Pelloux, the former head of the emergency physicians’ union, whom Keller interviewed.

“One thing France has not done is the renovation of housing,” Pellous said. “It’s very pretty, but Paris is becoming more and more like Disneyland. The roofs of Paris are ovens, but that is what the tourists want to see. It was this deadly charm—along with its hidden populations in its upper corridors—that made and continue to make the city so vulnerable.”

The devastating 2003 heat wave will hopefully serve as a lesson not just for Paris, but for many other cities that have large vulnerable populations that live in substandard housing.