By Leah James and Courtney Welton-Mitchell

Mental health can be an important factor in solving the puzzle of why people don’t prepare for disasters. Whether one is struggling with depression, anxiety, or trauma-related symptoms stemming from past disasters, a person’s mental state can determine how they engage—or don’t engage—in preparedness activities. Our work in Haiti and Nepal clarifies the relationship between mental health and preparedness, while testing an innovative approach to increasing preparedness and improving well-being.

In recent years, Haiti and Nepal have been devastated by a series of major disasters that are exacerbated by ongoing economic and political instability. Despite exposure to predictable annual flooding and catastrophic earthquakes, we observed that many people do not take steps to prepare for future disasters. Indeed, although we observed occasional examples of innovative local approaches to disaster risk reduction, individuals and communities often failed to engage in even low-cost or free forms of preparedness, such as teaching children how to evacuate or protecting valuable documents from floodwaters. 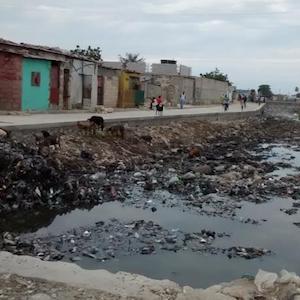 This behavior is not unique to these contexts—studies have shown that households are generally underprepared for natural hazards worldwide. Researchers have pointed to various reasons for limited engagement in risk reduction, including psychological factors. Mental health difficulties are common in communities that face chronic disaster exposure and other hardships. In light of this, we decided to further explore connections between mental health and preparedness activities.

In 2012 and 2013, we worked with local partner organizations, Soulaje Lespri Moun in Haiti and Transcultural Psychosocial Organization Nepal, to collect pilot data that explored relationships between preparedness and mental health. We learned that those who reported higher levels of distress were less likely to prepare for disasters when compared to others in the same communities. These findings are consistent with research in the United States that indicates those with mental health symptoms may be less likely to engage in preparedness.

There are many reasons why mental health symptoms could interfere with preparedness. Explanations range from depression-related lack of motivation to avoidance of disaster and preparedness-related thoughts stemming from symptoms of post-traumatic stress disorder. Some anxiety-prone individuals could be reticent to even discuss preparedness, let alone to take recommended protective actions.

The good news is that there is hope for those suffering from mental distress. Learning coping and self-soothing strategies can help these individuals to positively engage with stressful disaster-related content. Likewise, for people that see potential disasters as a major source of stress, preparedness training can heighten preparedness-related efficacy and perceived safety, thus improving well-being. It follows that addressing mental health and preparedness simultaneously, with a single intervention, could benefit both well-being and preparedness-related outcomes. Despite what some may see as the obvious links, standard disaster preparedness curricula rarely incorporate mental health components.

Design and Cultural Adaptation of an Intervention

With these possibilities in mind, we and our partners developed and implemented a Mental Health Integrated Disaster Preparedness (MHIDP) three-day intervention (see link below). This community-based workshop model is aimed at improving preparedness, mental health, and social cohesion. It emphasizes small group discussions that allow community members to talk about topics such as local idioms of distress, beliefs about the causes of mental health symptoms and related stigma, local disaster preparedness strategies and barriers, and links between mental health, culture, and disaster risk reduction. Participants develop household emergency plans that give family members specific roles in preparedness, and engage in a mapping exercise that identifies disaster-related resources and vulnerabilities in the community. Games, songs, and other experiential components teach and enhance coping skills, such as breathing and relaxation techniques. A peer-support framework creates opportunities for participants to provide and receive social support and encourages collective approaches to preparedness.

To ensure fit and acceptance in both locations, we adhered to best practice guidelines for cultural adaptation of interventions. In both Haiti and Nepal, local staff facilitated the intervention and played key roles in model development and adaptation. In Haiti, the curriculum stemmed from an earlier intervention that incorporated input from Haitian team members who drew on personal experiences as survivors of the 2010 earthquake. Elements of this initial framework, including coping mechanisms drawing on Haitian stories, songs, dance, and humor, and discussion about culturally-specific belief systems, were integrated into the current model.

Subsequently, the Haiti-specific intervention was revised and adapted by Nepalese team members, including members of the local communities targeted for programming. During these meetings, team members contributed content such as culturally-specific stories about disaster preparedness incorporating karma and other local belief systems.

MHIDP was effective in increasing disaster preparedness in all three studies, in both Haiti and Nepal. Specifically, intervention participants were more likely to engage in activities such as making a disaster supply kit (including storage of extra food and water); putting important documents in a safe place; securing dwellings; modifying furniture (securing or raising); and discussing family evacuation plans. The intervention was also effective in increasing social cohesion across all studies, and in decreasing mental health symptoms (in two of the three studies). Moreover, mediation models provided some initial support for the underlying theoretical model, revealing that intervention-related improvements in mental health partially explain improvements in preparedness (in one study), and that, likewise, improved preparedness contributes to improved mental health (in two studies). Detailed intervention results will be available in forthcoming journal articles.

Given the effectiveness of this model, we suggest others integrate mental health in disaster preparedness approaches, along with a focus on cultural adaptation. MHIDP manuals are available at no cost for Haiti and Nepal (in English, Haitian Creole, and Nepali).

Acknowledgements: Thanks to program managers John Roger Noel in Haiti and Shree Niwas Khanal in Nepal. Intervention development and associated research were made possible through two grants from ELRHA R2HC.