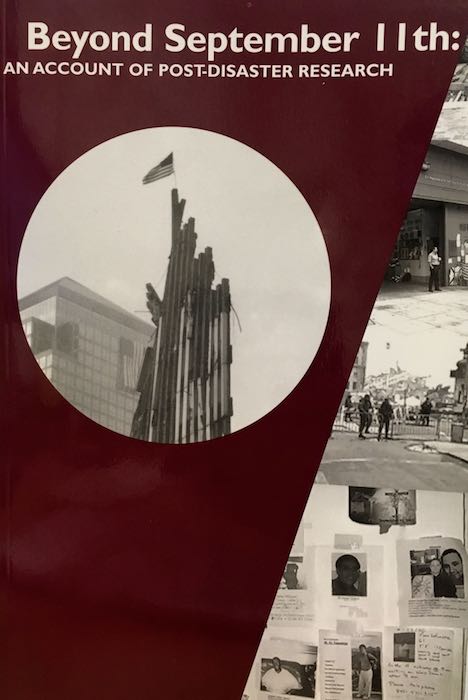 The imperative to collect perishable post-event data has driven the Quick Response Award Program for more than 35 years. The program, which is funded through the National Science Foundation, provides training and support to researchers traveling to recently disaster-affected areas to capture perishable data. The program also encourages principal investigators to take students into the field and welcomes graduate students and early career scholars to apply for the awards.

Over the years, the Natural Hazards Center team has worked with researchers to produce over 300 quick response award-funded reports that are available on our Quick Response Report Archives page. 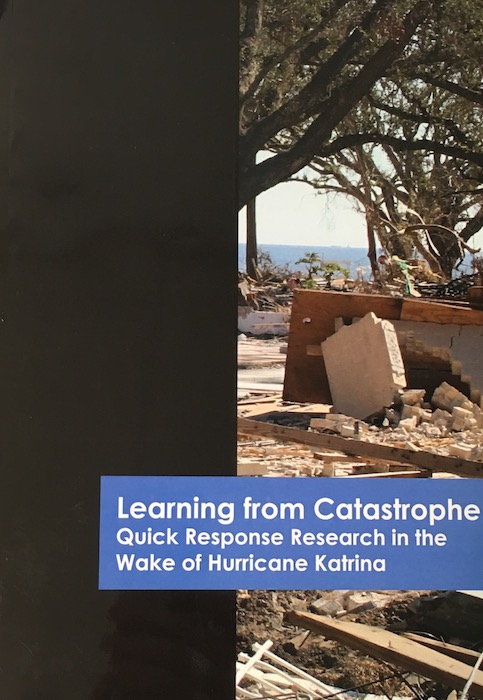 The Natural Hazards Center has produced two special edited volumes in response to major disaster events. The 2003 publication, Beyond September 11: An Account of Post-Disaster Research, is a compilation of 22 chapters developed out of research activities sponsored by the Center, NSF Small Grants for Exploratory Research program, and NSF grant supplements.

The second funding effort resulted in the 2006 publication, Learning from Catastrophe: Quick Response Research in the Wake of Hurricane Katrina. With the support of the NSF, the Center funded 25 research teams to study the response to and recovery from Hurricane Katrina.

The QR Program has had an important impact on scholarship in the field of hazards and disasters. In early 2016, the NHC surveyed the authors and co-authors of quick response reports published between 2005 and 2014 (N=144) to learn more about the influence of those awards on recipients' subsequent scholarly and professional activities. The 65 grant recipients that replied to the survey reported that their research ultimately contributed to 10 books, 12 master's theses, 14 dissertations, 52 peer-reviewed articles, 23 book chapters, a variety of other publications (e.g., encyclopedia entries, technical reports, conference proceedings), and 61 conference presentations. Findings were also incorporated into courses taught by many awardees. Seventeen of the survey respondents indicated that after receiving QR funding, they went on to obtain subsequent NSF grants, while 13 indicated that were able to obtain grants from other agencies based on their QR research.